A Library in Every Village 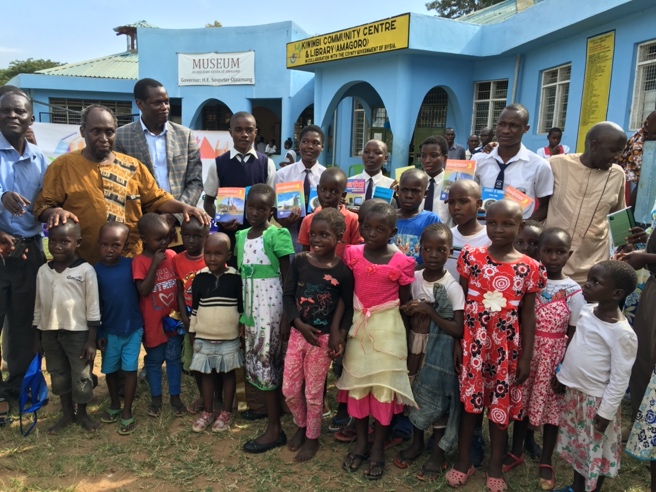 Ngugi wa Thiong’o is a seminal figure in the literary arts in Africa. His works inform and inspire now as they have done since the 1960s, touching different people in unique ways, as informed by their own backgrounds and perspectives, much the way a good book does.

After my first trip to Kenya, I read Dreams in a Time of War Ngugi’s memoir of childhood growing up in rural Kenya in the midst of historic transitions from colonial rule towards independence. In it he describes his early passion for learning and the thrill of having access to a library. One thing that struck me as an American who had only very limited knowledge of the history, was how little some things had changed. In reading of Ngugi’s village life, I could see the current village life of kids whom Kiwimbi serves. A young Kenyan reading it might be drawn in by the excitement, the fear, the wonder of the child who might have been their grandfather.

Kiwimbi came to life, thanks to a group of people touched directly and indirectly by Ngugi. Key among the founding members was Olubayi Olubayi, a Kenyan whose life work includes making books accessible in communities where they might otherwise not be found. You’ll hear from Olubayi in future postings. He has told us that he was inspired by a dream of Ngugi’s: to have a library in every village.

Kiwimbi established the first free public library to rural Busia County in Kenya in 2013. Since then, we have created satellite libraries and carried books to schools that can’t access even the satellite libraries, all with an eye towards bringing educational opportunity to children who share some aspects of Ngugi’s childhood 70 years previous! And Ngugi has visited our Library. His response to our work prompted us to ask him to speak to our supporters at Kiwimbi’s first virtual Karamu in 2020. I’m thrilled to share his video in this, our first, BLOG.

Just fill in your email address below and click the button to join the mailing list for our newsletter, typically published twice a month. Don't worry ~ we do not sell our information to anyone and unsubscribing is easy!

What Good Can Your Gift Do?